A bang on the head changed my life! 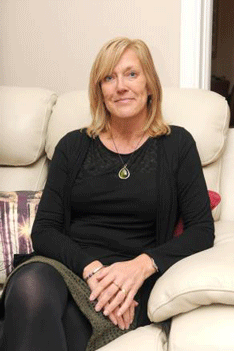 When Mel Lightfoot slipped on a wet pavement and hit her head while on a shopping trip to B&Q in Hedge End she thought she was suffering from concussion.

But, when her symptoms – which included poor concentration, memory difficulties, confusion in speech and extreme tiredness – didn’t go away, Mel, 51, found herself struggling to find out what exactly was wrong with her.

“As time went on, I knew something wasn’t right, it was a bit of a gradual deterioration and I wasn’t sure at first whether it was age related - it wasn’t.

"However, it was a real battle to get diagnosed,” says Mel, who is married to Clive and has two children, Hollie, 18, and Alex, 15.

“I was misdiagnosed with depression, which is quite common with head injuries, but it just didn’t feel right to me so I paid for a private consultation and finally got diagnosed with Mild Dysexecutive Syndrome the following year.

“Of course, the impact upon family life has been a huge strain.  “One of the most difficult problems is that I look OK.  “I may look fine, but I’m not.

“Brain injuries are invisible and so it is difficult for people, even friends and family, to understand or even acknowledge it exists.”

It was in 2010 that Mel, from Gosport, had her fall. She was taken to hospital by ambulance but discharged after just a few hours later with a head injury leaflet.  Although classed as mild, the effect on Mel’s everyday life has been huge. She even lost her job as a Home School Link Worker in a primary school, which she had retrained to do.  “I loved my job and I was devastated when I lost it,” she says.
“I tried to fight to save my career, but I couldn’t. I had to accept that I had gone from being a more than capable member of staff, to being unreliable and having to have all of my work checked as I was making mistakes. It was a horrible feeling.   “I used to be able to help the children, and their parents, with any problems they were having and all of a sudden I couldn’t remember details about them – I felt really bad.”

While trying to come to terms with the changes in her life, and unable to work in permanent employment because of her difficulties, Mel discovered her local brain injury charity, Headway, and with their support started to try to rebuild her life.

“Headway has been my major support and lifeline for over two years,” she explains. “The NHS offer no follow-up support or guidance – that was shocking to me, and I didn’t know where to turn. I don’t know where I would be today without Headway.  “They helped me so much, with understanding and it was good just to have people to talk to that understood.  “I now count myself lucky that I am still here, and although my life is different now – at least I have one.  "Some people with head injuries are not so fortunate.

“Before, my life was lived at speed, I was always flying here there and everywhere and everything was done in a rush. There were never enough hours in the day. But now I have to take time for me, I have had to slow down and look at what is important to me now.

“I still attend my local support group with Headway and currently do voluntary work for them in their office at the Mountbatten Centre in Portsmouth. It is only a couple of hours a week, but it gets me out of the house and it feels a bit like being back at work.

“I am still struggling, at times, to come to terms with my complete change of lifestyle and with the person, and personality, that I am now, but I am determined not to let it define me – I’m still me, albeit a slightly different me.” 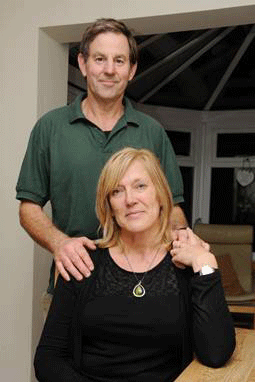 What is Mild Dysexecutive Syndrome?

Executive dysfunction is a term for the range of cognitive, emotional and behavioural difficulties which often occur after injury to the frontal lobes of the brain and has a profound effect on many aspects of everyday life.

Most of us take these abilities for granted and we effortlessly perform extremely complex tasks all the time in our everyday lives.

After her injury, Mel found her slower pace of life led to a gain in weight.

She joined her local slimming group and her fellow members signed up to a six-week ‘Slim for Good’ challenge.

The 152 members of Slimming World, Lee-On-Solent participated in the event, losing a staggering 1027.5lb, in order to raise funds for their local Headway, which was suggested by Mel.